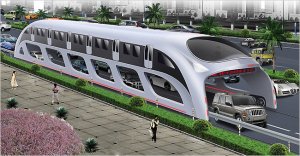 I love innovation. That’s what separates a civilized body of people from not-so-civilized people: their ability to continuously make advances, improving the quality of today’s life from yesterday’s.  I just was enlighten by such an advancement.

It’s called a Straddling Bus, a unique design that allows personal passenger vehicles to pass underneath. Have you heard of it? It is an idea that was spawned as a means to tackle traffic congestion.  Anybody in a large Metropolis, such as New York, Atlanta, Los Angeles, Washington, DC, or Chicago will appreciate anything to help improve traffic.  Each of these places can be rather crazy during the rush hour periods. Of course, there are other places where traffic is problematic too.  In addition to improving traffic, it will also help over-crowded public buses. It will hold up to 1,200 people.

This bus design was created by a technology company in China, and although it’s called a bus, it would function like a train in that it follows along a fixed route along a permanent set of tracks.  This should be a welcome addition to any municipal transit agency.  The greater Washington, DC Metropolitan area is badly in need of a fix to its traffic problems, although, I doubt that the DC area would be among the first cities to see it. But there’s no harm in dreaming. 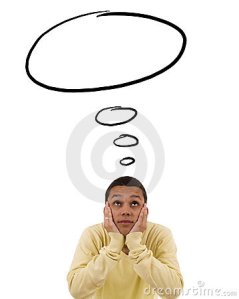 A nouveau Taurus, writing about my view of the world around me. From politics, to social problems, to public corruption, music and movies to pretty much anything I feel inspired to write. We all need meaningful activities and hobbies to add value to our lives and take our minds away from the stress of the real world. Blogging does that for me.
View all posts by Will S. →
This entry was posted in Straddling Bus and tagged bus, public transportation, subway, traffic jam. Bookmark the permalink.