One Hundred Fifty Years of Tradition is Erased

One Hundred Fifty Years of Tradition is Erased 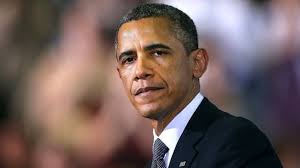 I know why but I also don’t know why. The US Supreme Court issued a ruling today limiting President Obama’s recess appointments, and any future president too.  Presidents have been doing this for more than 150 years. But today, no more blanket appointments will be allowed.  The part that I don’t understand is this: the blanket recess appointments that a president issues have been commonplace, and President Obama (1) didn’t do anything that wasn’t legally allowed; and (2) didn’t do anything that presidents before him hadn’t also done countless times.  That’s one of those things in the category of Executive Privilege. I am not one of those who believe that we should keep on doing things merely because the law allows it.  The practice has worked, and has been an integral part of our political process. But it’s all over, now. If interested, you can read the entire case for yourself:   National Labor Relations Board v. Noel Canning et. al.

The Supreme Court’s ruling held that President Obama violated the law, namely the Constitution, when he bypassed the Congress while making appointments while Congress was not in session.  Recess appointments are allowable in accordance with Article II, Section 2 of the Constitution. Reading the Supreme Court’s Decision, it seems to me that this whole thing is a partisan power struggle.  The Justices talk about the viability of this alternative method for a president to make appointments but argue that, “The Founders intended the norm to be the method of appointment…which requires Senate approval of Presidential nominations.”  It amuses me when people talk about what our founding fathers intended.  How in the world does anybody really know what the founding fathers intended?

In most instances when a court issues an unfavorable ruling, you can always appeal.  But the Supreme Court is a court of final jurisdiction, and the buck stops there.  One thing is certain. This is yet another notch in history for President Obama.  He’s the reason this recess appointment clause was changed.  I guess every president faces their fare share of attacks and disappointments, regardless of the advances they make.  President Obama is no different.

A nouveau Taurus, writing about my view of the world around me. From politics, to social problem, to public corruption, music and movies to pretty much anything I feel inspired to write. We all need meaningful activities and hobbies to add value to our lives and take our minds away from the stress of the real world. Blogging does that for me.
View all posts by Will S. →
This entry was posted in Presidential Recess Appointments and tagged president, recess appointments, reversal, US Supreme Court. Bookmark the permalink.