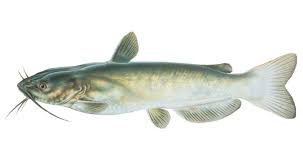 Sometimes I’m a word nerd.  I enjoy reading about words and their origins. I also enjoy learning about new words that get adopted, which apparently happens fairly often. One such newly adopted word, as taken from Merriam-Webster, is catfish. In addition to the old familiar food item, m-w.com defines it as “a person who sets up a false personal profile on a social networking site for fraudulent or deceptive purposes.”  Imagine that. Who knew it would become a legitimate word?

Have you ever wondered where the term originated?  No, I’m not referring to the movie Catfish, which happens to be the source of the word in this context.  I’m referring to why we use the term to refer to someone with a deceptive online presence. Well one story goes like this, as taken from the movie Catfish. Some seafood distributors faced challenges supplying live cod to China from the United States.  It seems that cod is (was) a hot commodity there.  But in transit, the cod didn’t hold up so well. Their meat became mushy and atrophied. Interestingly, if they stored the cod in the travel crate along with catfish, which happen to be the cod’s natural predator, they stayed active and lively and their flesh remained firm and flaky. Another story I’ve heard suggests that when tuna became scarce, fish farmers would substitute catfish, and so when you bought a can of tuna, you were actually eating catfish instead.  But I have been unable to corroborate this story.

Probably, the most palatable origin is in the context of restaurant service.  A Boston Globe article titled, On the menu but not on your plate, highlighted a practice of restaurants charging patrons high prices for top-of-the-line fish but instead serving a low grade, poor quality fish.  As much as I eat out, I believe that to be the case.  I’ve seen disclaimers printed in menus that announce the restaurant may make substitutions.  I suppose that covers them.  It’s still a faux pas in my mind.  If you know of any facts to support or refute either of these stories, or if you have heard of other possible origins of catfish, please let me know.

I guess we all get catfished one time or another, one way or another. Ya’ll be careful out there.

A nouveau Taurus, writing about my view of the world around me. From politics, to social problems, to public corruption, music and movies to pretty much anything I feel inspired to write. We all need meaningful activities and hobbies to add value to our lives and take our minds away from the stress of the real world. Blogging does that for me.
View all posts by Will S. →
This entry was posted in Catfish and tagged Catfish, seafood, social media, tricked. Bookmark the permalink.